Olivine sand is a naturally occurring potential industrial mineral consisting of mainly magnesium iron orthrosilicate (Mg1-x Fex)2SiO4, which is a continuous solid solution between Forsterite (Mg-end member: Mg2SiO4) and Fayalite (Fe-end member: Fe2SiO4). Potentiality of olivine sand strictly depends on the Mg to Fe ratio. Olivine is a major component in earth forming rocks and is found with varying compositions due to alteration by weathering. It is therefore important to get a thorough understanding of the various structural modifications prior to its applications in different fields.

Occurrence: It occurs as a primary mineral in certain metamorphic rocks in Norway, Greenland, Turkey 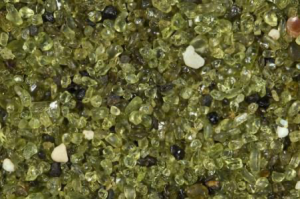 etc. In India this mineral is available in Salem district of Karnataka and Keonjhar district of Orissa. Metamorphism of impure dolomite or other sedimentary rocks with high magnesium and low silica content also produces Mg-rich olivine. Olivine of Norway origin has the highest MgO and least iron content, which is utmost desirable for various refractory applications. Since long this mineral is denominated as a refractory material, but its catalytic activity is still unraveled.

Olivine belongs to orthorhombic system with space group Pbnm. It has a spinel-like structure similar to magnetite (Fe3O4) but uses one tetravalent and two divalent cations (M22+ M4+O4) instead of two trivalent and one divalent cations. Here, the atomic structure can be described as a hexagonal, close-packed array of oxygen ions with half of the octahedral sites occupied with magnesium or iron ions and one-eighth of the tetrahedral sites occupied by silicon ions. 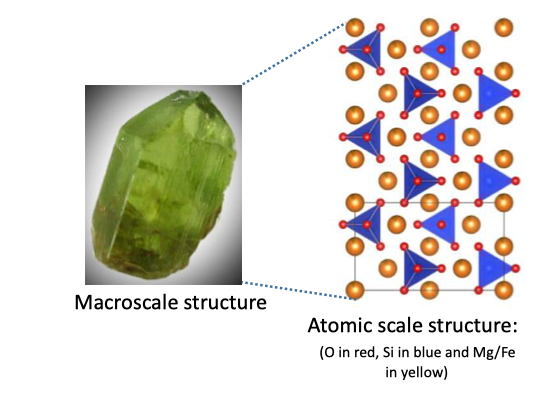 Literature survey evidenced that, olivine has enough strength against attrition in a fluidized bed reactor, and iron content makes it a suitable in situ catalyst for oil gasification processes from biomass, which is an attractive renewable source of fuel and energy in this energy crisis period. Hence, olivine can also be used as an inert bed material in fluidized bed reactor for biomass gasification alternative to silica sand and bauxite. 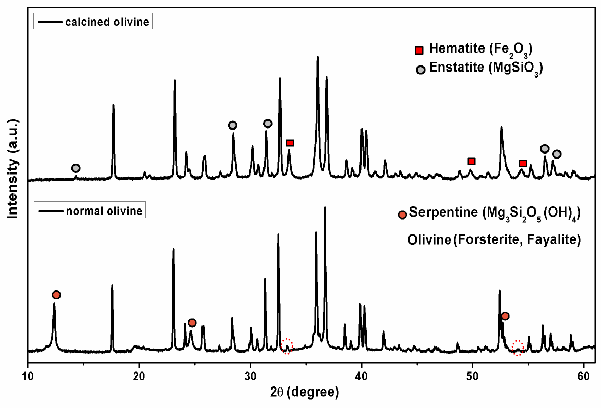 Plausible reactions on calcination of Olivine:

Olivine is able to exert its catalytic property when it is calcined at ≥ 800oC (at which maximum amount of syngas is thermodynamically achievable) in the gasification reactor. At that condition, gases such as H2 and CO, reduce these iron oxide to metallic iron (Feo) and thereby able to transport oxygen to the gasification zone. This oxygen-transport lowers the necessary amount of steam required for the gasification and increases tar degradation as well as fuel conversion.

Therefore a thorough understanding of olivine’s behavior in oxidizing-reducing condition is crucial for control of its catalytic properties in fluidized bed reactor. 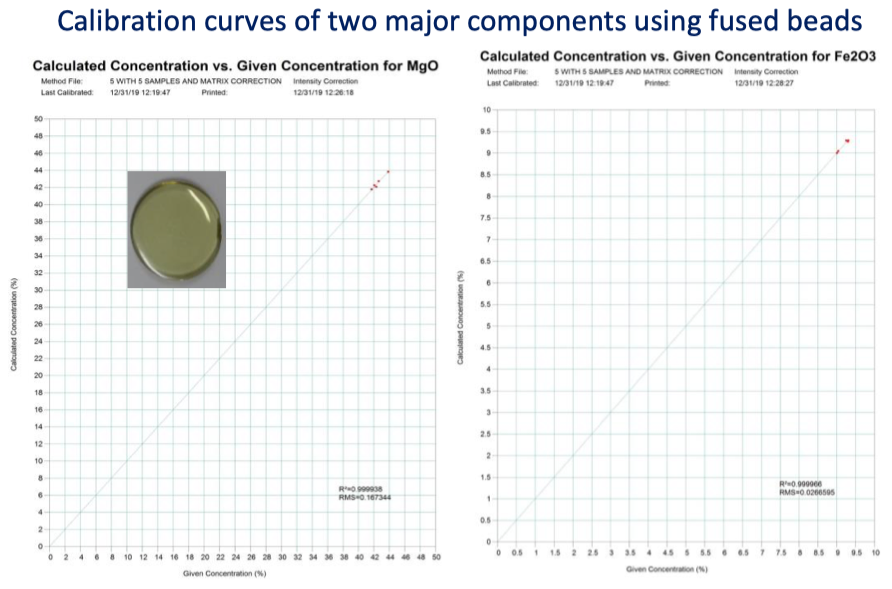 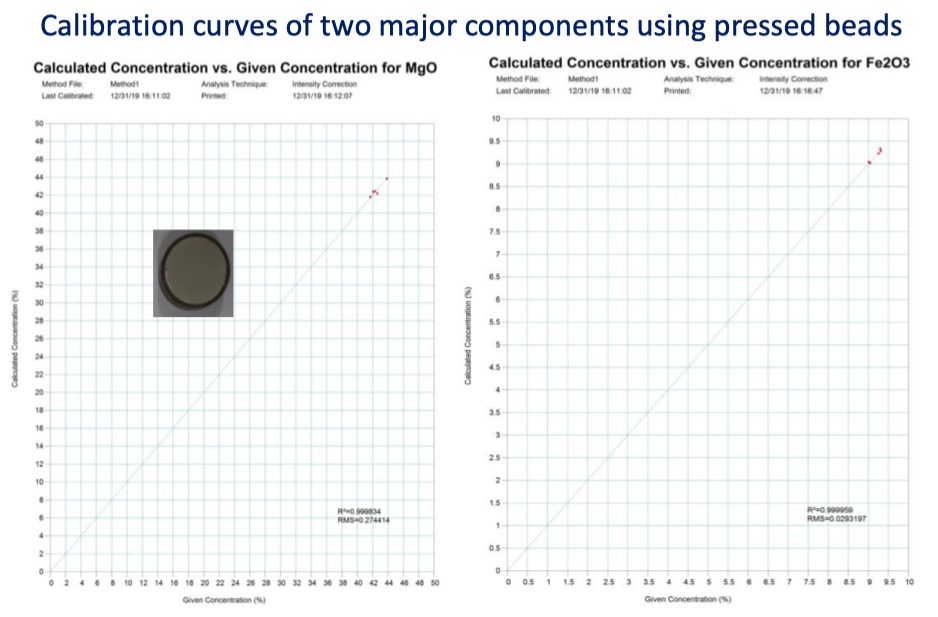 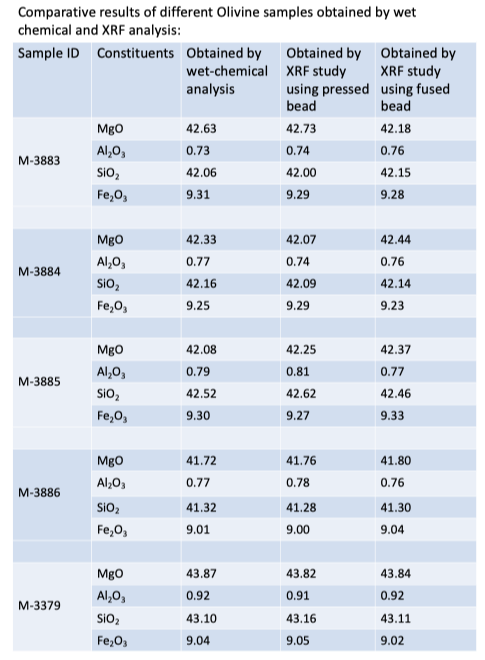 Observation: Well resolved calibration curves (R2 0.999) as obtained from XRF analysis using pressed bead and fused bead both, indicate the concomitance of result that were obtained by classical analysis .